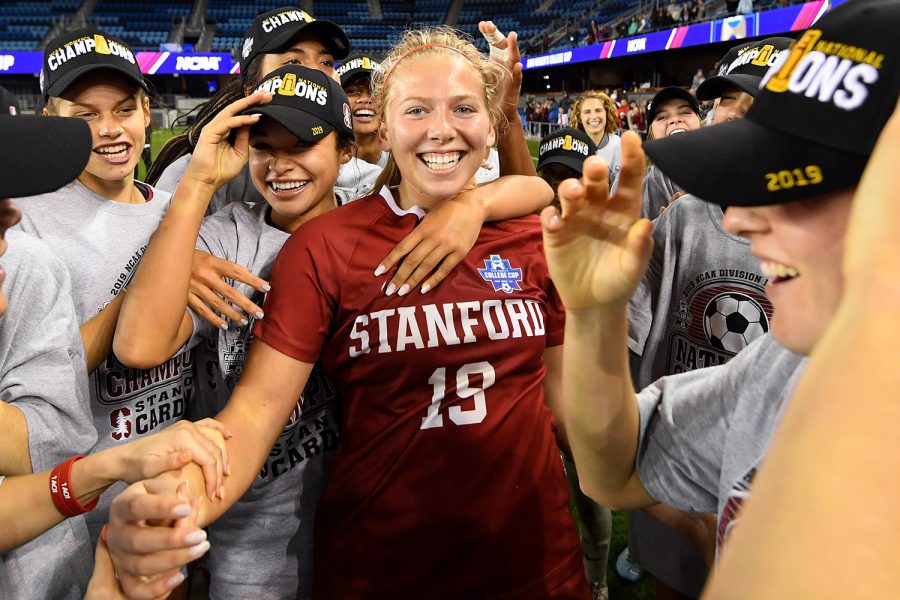 Soccer star Katie Meyer, a young Stanford athlete and student, died by suicide due to mental health issues on campus.

It’s no secret that common ivy league colleges hold a higher than normal death rate due to severe depression and stress. In the past 13 months Stanford University has had three deaths relating to high stress and pressure. Katie’s death is now four. It was calculated that Stanford’s death rate is 26.3 suicides per 100,000 students.

On March 1, 2022 Meyer, 22, was found dead on Stanford’s campus in her dorm room. This sent major shockwaves throughout Stanford’s community as Meyer had just become the Women’s Stanford Soccer team captain; Stanford’s students are connecting this death to the other three that occurred on campus and saying that “it’s the same vibe.”

“Over the last year, the Stanford community has grieved the unimaginable loss of multiple members of our student family, and the past few weeks have been especially challenging and heartbreaking,” Stanford said on Facebook.

Meyer was a senior and studying international relations and minored in history, she made two key saves, as a goalkeeper, in a penalty shoot that guided the Stanford Women’s team to win the national championship in 2019.

Her friends describe her as a “larger-than-life team player in all her pursuits.” She never struggled with any mental issues in the past that her family and friends know of. Her parents told the Today Show that Meyer was struggling with some sort of disciplinary action from the school which could’ve pushed her over and motivated her even more to cause a self-inflicted death. “Katie, being Katie, was defending a teammate on campus over an incident and the repercussions of her defending that teammate [possibly led to the disciplinary action],” her father Steven Meyer said on the show.

The University acknowledged the growing problem, they responded that they have “begun recruitment for additional permanent clinical counseling and therapy positions,” and are “convening experts to consider what measures would be helpful beyond clinical support.”

Meyer was living the life that some outsiders wished to have from a different perspective, but we can’t imagine the stress and anxiety she faced daily.

“I can’t imagine the pressure of going to a school that has a 5.2% acceptance rate, on top of just being a student but also an athlete. Not only Meyer’s death but all the others are clearly showing signs that something is not right about Stanford. I’m glad Stanford is now trying to create mental awareness and help others but it’s sad that 4 deaths had to occur before that happened ” said Riya Kachroo, a Junior at Wayne Hills.