Three Wayne Hills Seniors Come Together to LOCk Out Cancer 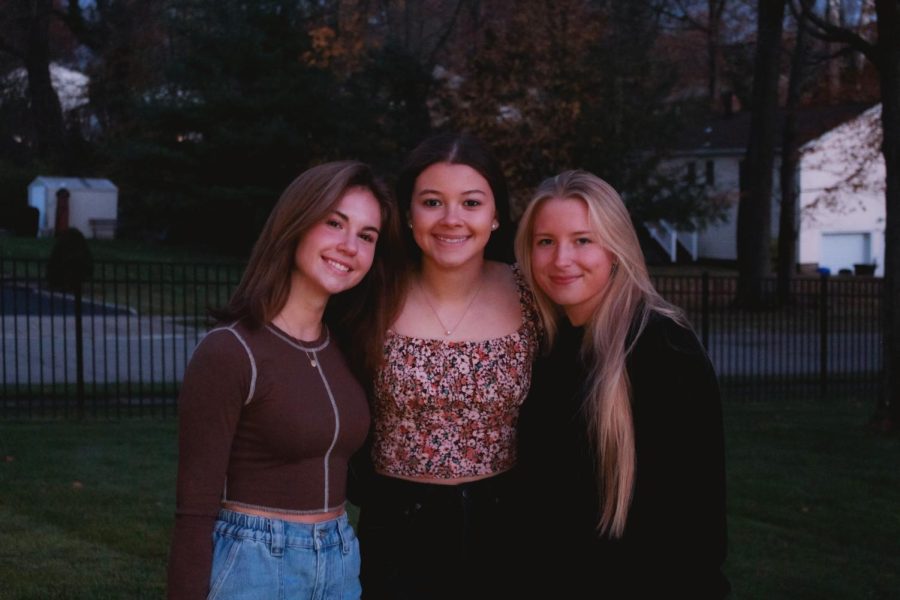 Three Wayne Hills and their mission to LOCk Out Cancer

Three Wayne Hills High School Seniors Cassandra Witten, Lucia Pollaro, and Olivia Tagliaferri represent the best of Wayne Hills as they come together to fundraise for The Leukemia and Lymphoma Society (LLS).

One of the LLS’s many programs is Students of the Year, a philanthropic competition amongst high school students nationwide. Participants form teams and raise funds in honor of a young, local patient.

Prior to participating in Students of the Year, Cassandra, Lucia, and Olivia have spent their teenage years fundraising for cancer research. In middle school, the trio was involved in Pennies for Patients, another LLS nationwide initiative. In 2018, as eighth-graders, they raised over $27,000 with their Schuyler-Colfax Middle School peers finishing as the top LLS fundraiser in the state of New Jersey.

Genna Clark, a campaign development director, nominated the three girls after discovering from a Schuyler-Colfax Middle School teacher, Ms. Anderson, who also ran the Pennies for Patients campaign. The three young ladies have come back together as a group one last time to make an even bigger impact in their final year of high school. Their team L(ucia)O(livia)C(assie)k Out Cancer consists of students from Wayne Hills High School and surrounding areas. LOCk Out Cancer fundraises in honor of Ava Buffa, a sophomore at Wayne Hills and a survivor of Leukemia. With a goal of $40,000 in mind, the three have begun this seven-week-long fundraiser with high hopes.

Cassie, Lucia, and Olivia each have had their own personal experiences with cancer. Cassie’s “beautiful, fun-loving aunt Vanessa was diagnosed with stage four lung cancer and unfortunately passed away after a long and hard fight.” Lucia’s “two neighbors passed away from cancer,” and her “great aunt survived breast cancer.” Olivia shared that her “family has been affected by cancer by losing [her] grandmother to breast cancer and [her] uncle who passed away from pancreatic cancer.”

By participating in Students of the Year with their team LOCk out Cancer, they each wish to leave a bigger impact. “The big impact we want to leave is bringing a good cause to Hills and Wayne. The idea of bringing joy to this time of year as Mr. Rewick says is a big drive to help give everyone motivation to give back and help a good cause,” shared Olivia. Similarly, Lucia “want[s] to leave a legacy behind at Wayne Hills and continue to pass this program down for years to come,” she shared. “It would be amazing to come back years from now and see that money is being fundraised for blood cancer research and how it is being fundraised.”

Mr. Rewick, principal of Wayne Hills High School, has expressed his support for the team. “The word for 2022 is going to be Joy. Joy in helping others especially at the local level,” Mr. Rewick told TapintoWayne.

By hoping to get the whole Wayne Hills student body involved, they “hope for fun activities like dodgeball, LOCk ins, and are open to any ideas from the student body of what they would like to see,” said Cassie. The three girls plan to have Mr. Rewick sleep in the Hills building as a part of their idea for a LOCk-In.

With a fundraiser at Anthony’s Coal Fired Pizza already lined up, the three students also plan to work alongside local businesses to donate a certain portion of the sale to the campaign.

In 2020, Wayne Valley students (now seniors) Taylor Smith and Kendall Ferguson were also nominated for the Students of the

Year. Taylor and Kendall, a pair of friends who both had a mother suffer from cancer, formed their team, Hope Hunters. The two veterans offered LOCk Out Cancer some advice. “Definitely network! Making connections before and during (and even after) the campaign is probably one of the most important ways to raise the most money and be successful,” Taylor shared. “Have people on your team that are really as passionate as you are about LLS because it makes a big difference,” Kendall explained.

As the seven-week deadline quickly approaches, Lucia, Olivia, and Cassie are wasting no time reaching their goal. Best of luck LOCk Out Cancer!