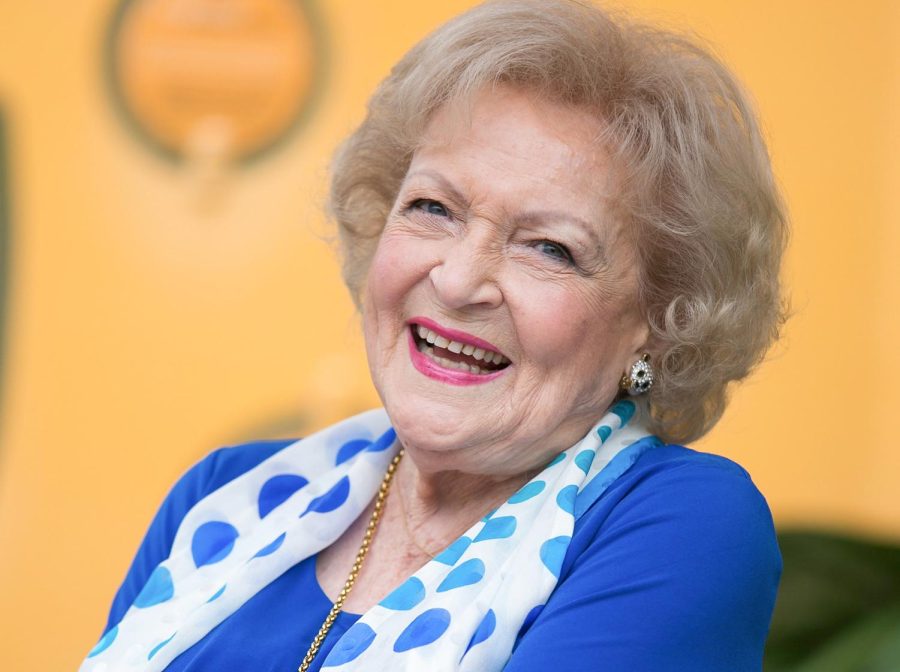 Betty Marion White, 99, passed away on December 31st, just two weeks before she would have turned 100. Her agent and close friend reported that she passed away peacefully in her sleep. This loss came suddenly not just to the whole Hollywood community, but to the whole world.

White grew up in Illinois but then later on moved to Los Angeles. Since a young age, she was always acting or part of production. During High school, she appeared in many student productions and also wrote the graduation play for her class, in which she was the lead role. After that, she became involved in the Bliss-Hayden Little Theater and was designed to give young people a chance to perform in front of an audience. Her first performance was seen by one of her late husband’s, Lane Allen, who was an actor/agent, and encouraged her to pursue a career of acting.

She was a beloved actress and comedian who appeared in countless shows/movies, as in: The Golden Girls, The proposal, Mary Tyler Moore Show, Hot in Cleveland, That 70’s Show, Hercules, and a few of her own shows.  She was best known for her character Sue Ann Nivens on “The Mary Tyler Moore Show” and Rose Nylund on “The Golden Girls. Years after both these shows ended, she made a comeback by being the host of “Saturday Night Live” in 2010.

White had a few television shows of her own in the 1950s, including two sitcoms and a variety show. Unfortunately, none of the shows stayed on the air for a long time.

Whites five Primetime Emmy’s and one Daytime Emmy is proof that she was an incredible actress. She also received a lifetime achievement Daytime Emmy and a Los Angeles regional Emmy. Two of her Emmy’s came from her remarkable performance on “The Mary Tyler Moore Show”. “She seemed like such an incredible actress and its sad that she passed before she even turned 100.”- Senior Christin DeFranco commented.

In 2011, she published two books. Her first book was titled, “If You Ask Me (and of Course You Won’t)”. This book was all about her career and life. Her second story, “Betty & Friends: My Life at the Zoo,” talked about her passion and love for animals, along with her long association with the Los Angeles Zoo. White was always interested in animal welfare. She devoted time and money to organizations like the American Humane Association and the Fund for Animals. In fact, she was honored by the Los Angeles Zoo by being named the “ambassador to the animals” and was given a plaque in her honor.

Even after being inducted into the Television Academy Hall of Fame in 1995, Betty continued appearing on our screens and didn’t stop acting.

Betty White will be deeply missed and forever remembered as one of the greats.