How Your Favorite Celebrity Met Gala Looks Related to the Theme In America: A Lexicon of Fashion 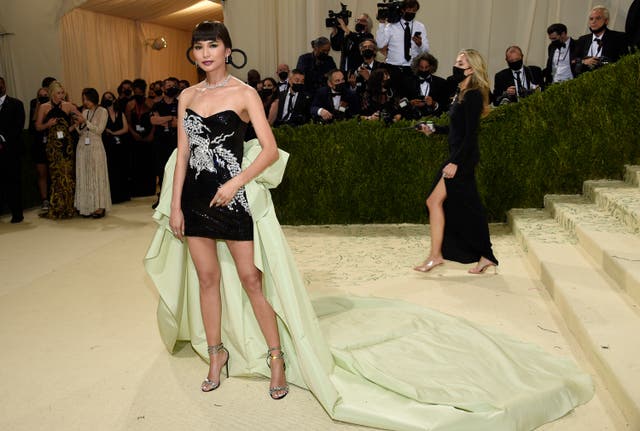 As most of you might know, the Met Gala of 2021 recently happened on September 12 with the theme “In America: A Lexicon of Fashion. After skipping 2020’s Met Gala due to COVID, this year’s Met Gala was highly anticipated. The theme of America can be applied in many different ways in the world of fashion, from different American fashion designers to the colors of the American flag. This year’s theme was not heavily applied to the celebrities’ looks that attended the Met, but a handful cleverly pertained.

Lili was one of the few celebrities that included the theme in her dress. She incorporated the different flowers from all 50 states into her baby pink corset-styled dress. Irina Shayk also had a sheer dress layered under the 50 flowers as well! Lili’s dress was beautifully made by designer Christian Siriano. 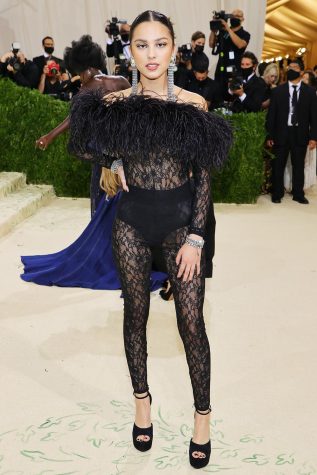 As the biggest and newest pop star of 2021, Olivia’s look was highly anticipated and everyone was looking forward to her outfit. At first, her jumpsuit didn’t look that “American themed” but in Vogue’s red carpet interview with Keke Palmer, she said that her outfit was inspired by feminine punk rock from the 1970s which contributes to America’s past. Shawn Mendes also used the topic of Punk Rock in his outfit. Olivia’s jumpsuit was designed by Saint Laurent. 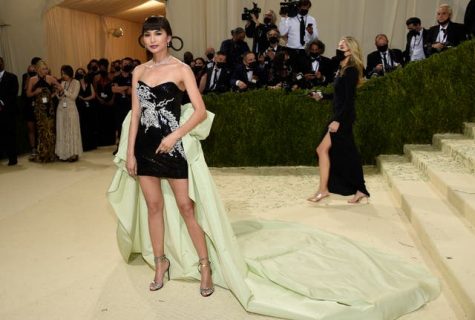 British actress Gemma Chan absolutely looked gorgeous in her dress, which was attributed to Anna May Wong who was the first Chinese American movie star in Hollywood. Anna was a fashion icon and trailblazer to all of America which inspired Gemma to tribute her dress for her. Her gown was designed by Oscar De La Renta. 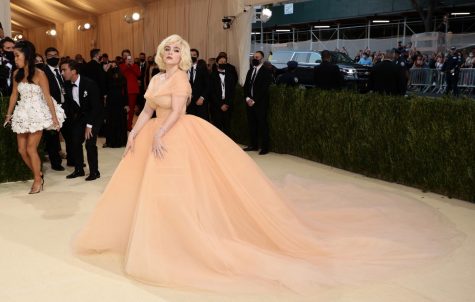 Billie’s gorgeous dress and hair were inspired by classic Hollywood and the big icon: Marilyn Monore. She says in her Vogue red carpet interview that Marilyn Monroe was/is still one of the biggest fashion icons from America. She was wearing Oscar De La Renta. 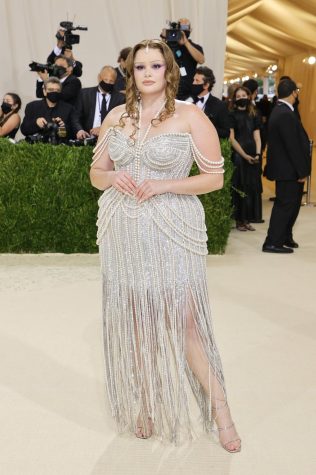 Barbie Ferreira rocked the Met Gala red carpet by wearing a dress inspired from the roaring 1920’s, especially flappers. Hollywood glitz was the direction she was headed towards when she heard the theme. Her makeup look was also inspired by the 1920s with rosy cheeks and thin eyebrows. She was wearing a custom Jonathan Simkhai gown. 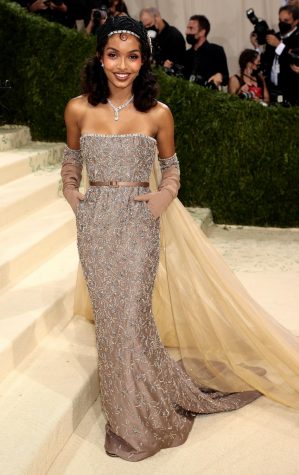 The amazing Yara Shahidi dress was honored by Josephine Baker who was a big-name activist, and entertainer during her time. Josephine symbolized the beauty and liveliness of Black American culture. Yara’s dazzling dress was made by Christian Dior. 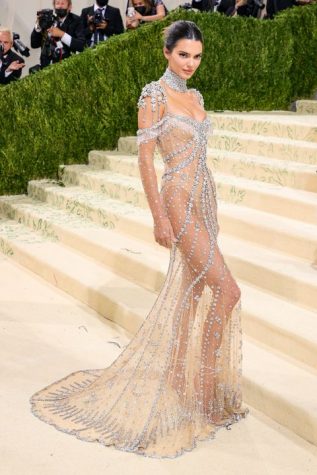 Kendall’s stunning gown was inspired by Audrey Hepburn’s musical: “My Fair Lady”. Audrey Hepburn is not a new name and has definitely left a mark in the fashion world in America. From the hair, to the jewelry, to the shoes, Kendall Jenner totally nailed it. The crystal-embellished gown was made by Givenchy.

Asking Riya Kachroo, a junior at Wayne Hills, to share her thoughts on the 2021 Met Gala red carpet looks she said “I think that this year’s Met Gala was good–definitely not as good as Camp– but there were still some really good looks that night. My favorite looks were Lupita Nyong’o’s denim look, denim being a staple American material, and Nikki De Jagers Marsha P Johnson-inspired look. I loved that Nikki’s look paid tribute to a black trans individual that impacted American history.”

Everyone looked fabulous at the 2021 Met Gala and we’re looking forward to tracking down what fashion trend is up to our aisle. Fashion in America has definitely changed and evolved, but honoring and being inspired by past fashion trendsetters and icons will always be in trend.