South Carolina to Bring Back Execution by Firing Squad 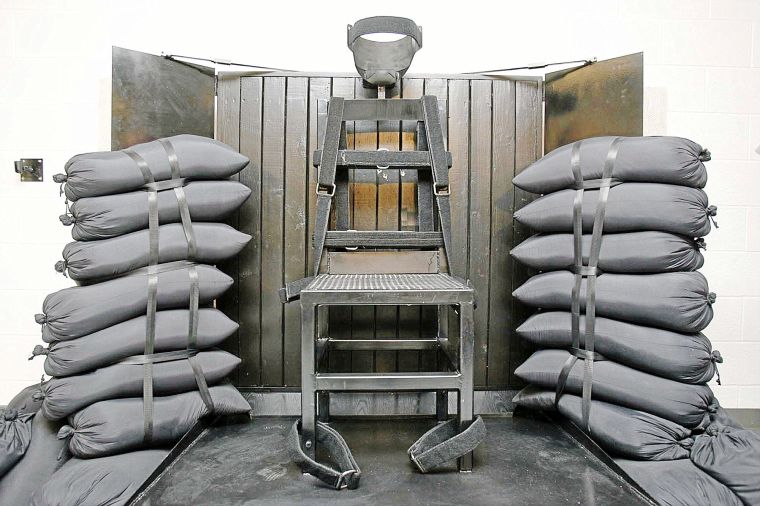 On Wednesday, June 16, the South Carolina Supreme Court halted state executions momentarily. This is because the state is currently in the process of finalizing a method of execution from the past- the firing squad. Death by firing squad is capital punishment, typically with several military personnel firing at the target simultaneously.

In May, a law was passed that made it impossible for inmates to delay their execution whenever drugs were not available for lethal injections (the process of injecting drugs into a person to cause rapid death). As South Carolina does not have the drugs required for lethal injections, inmates are now forced to choose between the electric chair and the firing squad. Technically, lethal injection would be available if possible- but many pharmaceutical companies have stopped selling the chemicals needed.

Only three other states- Oklahoma, Mississippi, and Utah, allow firing squads to be used as a method of execution. While South Carolina is working on the necessary policies and procedures, the electric chair is the only option.

The decision has stirred controversy as two death row inmates sued in May after they were required to choose between the firing squad and electric chair. They argued that it was unconstitutional, as lethal injection was available when they were first sentenced but it no longer was. Democratic state representative Justin Bamberg pointed out that “We’re going to force people to get electrocuted and give them the choice of getting shot instead when that wasn’t even the law when they were convicted of their crime.”

Republican state senator Greg Hembree, who sponsored the legislation and also proposed making the electric chair the main method of execution, claimed that “To have the death penalty and then not be allowed to carry it out is committing fraud upon the citizens we represent.”

Others disagreed with Hembree, such as Democratic state senator Dick Harpootlian, who responded “That was unacceptable to me because I think the electric chair is torture…I don’t think it’s an execution.” Harpootlian believes that the firing squad is actually a more humane method, calling it “instantaneous.” Now, the South Carolina Department of Corrections is attempting to create a firing squad- the cost or time needed is not clear.

“I think it’s really sad that politicians are arguing about the best way to kill someone, and it seems like a firing squad is going to take a lot of time and resources that we could be using on more beneficial causes. It feels like we’re going back in time, bringing such an outdated method up,” commented sophomore Catie Galloza.

“The department is moving ahead with creating policies and procedures for a firing squad,” revealed Chrysti Shain, a spokesperson for the state’s Department of Corrections. “We are looking to other states for guidance through this process. We will notify the court when a firing squad becomes an option for executions.”