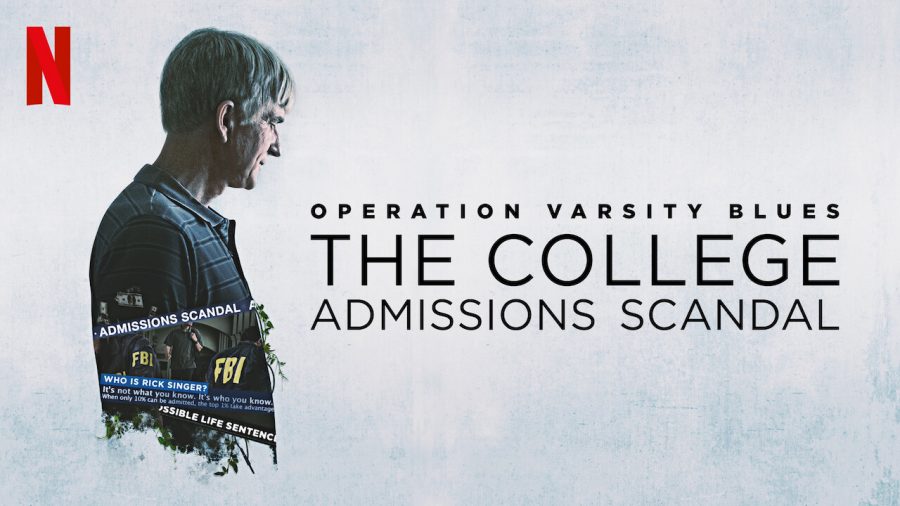 “I do want the experience of like gamedays and partying… I don’t really care about school… as you guys know,” says YouTube influencer Olivia Jade to her, at the time, two million subscribers announcing her decision to attend the University of Southern California. Known for her lavish lifestyle and “bougie” videos, Olivia had amassed a large presence on social media. Being the daughter of famous actress Lori Loughlin and fashion designer Mossimo Giannulli certainly worked in her favor as well.

Her YouTube vlogs show her everyday life, from traveling to Italy to her last of high school. People were interested in this typical expensive, L.A., influencer life. When Olivia announced she was attending the prestigious University of Southern California, following in the footsteps of her sister Bella, were her subscribers suspecting of anything? No. They were excited for her “game-day get ready with me” videos and “tour of my college dorm” videos. And even if someone had doubts, it could easily be passed off as nepotism. And as everyone had wished for, the college videos were posted regularly on her YouTube channel showing her routine at USC and her social life. But, her subscribers were all fooled.

In 2019, Olivia was enjoying her spring break in the Bahamas on a $100 million yacht. All of a sudden, she received a phone call from a close friend asking her if she had spoken with her mother. Within the next five minutes, Olivia’s life would never be the same.

On March 12, 2019, United States federal prosecutors revealed news of the biggest college admission scandal to the public. 50 people, including actor Lori Loughlin and Felicity Huffman, were charged with paying mass sums of money to William “Rick” Singer to fraudulently get their children into elite colleges.

The hour and forty-minute-long documentary showcases the elaborate plan of the whole scandal. Matthew Modine, playing Rick Singer, is the mastermind behind all of it. Singer managed to turn his manipulative personality into a multi-million-dollar company. From photoshopping faces onto water polo players to faking a learning disability, Singer had it all covered.

However, Singer did not act alone. Coaches such as Jorge Salcedo and Jovan Vavic accepted donations to their athletic program in exchange for recommending students to the admissions board as fake athletic recruits. Donna Heinel, a senior athletic department administrator at the University of Southern California, also played a key role in the process.

Not only would Singer have his clients pose as athletes, but he also managed to cheat the standardized-testing process. First, he would make his clients get tested for a learning disability, which would grant them extra time on either the SAT or the ACT. Then Singer would have the client fly out to a specific location to take the test. In the room, the client would be the only student with the proctor. But, not just any proctor, it would be Mark Riddell. After the student was finished with the test, Riddell would then copy the answers onto the official scoring sheet with the correct answers. According to the Boston Herald-Tribune, Singer paid Riddell $10,000 for each test he took. Although he has now realized how his actions “contributed to a loss of trust in the college admissions process,” Riddell still awaits sentencing for his crimes.

What I found extremely intriguing was how news of the scandal broke. When Olivia Jade’s high school counselor found it suspicious that both of the Giannulli sisters were accepted into USC as rowing athletes, he began to poke around. Things began to slowly unravel when he called an USC admissions officer. Olivia’s father, Mossimo, hearing news of this, confronted the counselor. In an internal report, the counselor wrote,”[Mossimo] aggressively asked what I was telling USC about his daughters and why I was trying to ruin or get in the way of their opportunities. His tone made me visibly nervous.” Word got back to Donna Heinel, then to Singer, then it completely erupted.

Olivia has spoken out for the first time since the scandal on the Red Table Talk with Willow Smith, Jada Pinkett Smith, and her mother Adrienne Banfield-Norris late last year. In the interview, she tries to play it off as an example of white privilege, but that just shows how she completely missed the mark. What Olivia and dozens of other families did was not a reflection on white privilege, rather elite privilege. Jada Pinkett Smith and her husband Will Smith could have the exact same thing for their two children. For example, Jaden Smith has a very successful music career, and if he did not have the help of his famous and wealthy parents, how far could he have gone? The coaches at the universities taking bribes truly could not have cared whether the recruit was black, white, or Asian. Olivia has also now returned to posting regular vlogs of her daily life after taking a year-long hiatus from YouTube.

But Olivia is not the sole person to blame. What Olivia did shows how the college admissions process is no longer based on one’s credentials and merit, rather, your socioeconomic status.

For example, standardized testing such as the SAT and ACT skew in favor of those who are rich and white. Decent tutors for these tests cost $1,000 minimum. Not only do you need SAT tutors, but you also need personal college counselors, which cost another $1,000 minimum. The student that attends a private high school with access to several resources is predestined to do better than the student who attends public high school in a low-income area where funding for education falls short.

The competitive nature of college admissions also causes severe mental health problems among high schoolers. The pressure to go to a top college and have stellar grades is unbearable to many. Social media has inflated this problem. Scrolling through Instagram to see commitment photos or acceptance letters from other students creates a kind of self-loathing. If getting into a “nice” college means sacrificing one’s mental health, is it even worth it?

Furthermore, the depiction of these Ivy-League colleges in films and books has always enforced that these schools were extremely prestigious. But, when you learn that you can buy a degree from these so-called amazing schools, is it really what everyone made it out to be? Stanford, one of the best colleges in the world, accepts illegal donations and hands out degrees in exchange for $50 million? Is it really one an “honorable” college?

This documentary also highlighted the insatiable greed of these parents, which can be somewhat understandable. Before news of the scandal broke, Lori and Mossimo had a combined estimated net worth of $70 million. With that money, you can pay for the best-standardized testing tutors, amazing college admissions counselors, and stellar private high schools, yet, they still cheated. I almost feel bad for both Olivia and Bella. Their parents believed they could not get into USC on their own merit and credentials. Say what you want about Lori and Mossimo wanting the best for their children, but this also shows how little faith they had in their daughters. Nepotism alone had their foot in their door from the very beginning. There was no need to cheat their way in. But they still did.

But luckily for the kids involved, they will manage to rise from the ashes. Felicity Huffman’s daughter is perfect proof of that. Huffman married to Shameless actor William H. Macy were both charged in the admission scandal as well. They paid $15,000 to Rick Singer to have a proctor improve their daughter Sophia’s SAT scores. Sophia Macy, unaware of her parent’s scheme, had her dreams set on an unspecified school only to learn that the school had withdrawn their invitation after the news of the scandal broke. Now, she has been accepted into Carnegie Mellon University’s drama program. Sophia was also cast in the second season of the Twilight Zone reboot. Luckily for her, she has landed back on her feet and soon this will all be in the past.

To my fellow juniors slowly preparing for the college admissions process, having an Aunt Becky to help you may seem enticing, but remember, a photo of you pretending to row may be memed forever. Save yourself the embarrassment.

Lydia Yang, a senior at Wayne Hills, shared her personal experience. “The college admissions process was stressful, especially due to this year’s circumstances, but I personally haven’t felt extreme pressure to get into schools. However, I did feel a lot of uncertainty about the factors that schools would consider me by as an applicant this year due to COVID that may have been different from what they were looking for in previous years.”

Lauren Reiser, senior editor of the Patriot Press and another senior, also shared her thoughts on the college admissions process. “The college process, especially this year with the pandemic, has been extremely stressful and strange. Since most schools dropped their SAT and ACT requirement, the number of applications has skyrocketed at many schools. Without these standardized test scores, it is much more difficult for colleges to filter through applicants, making the process highly unpredictable for this year.”

When asked what she thought about the scandal, Reiser expressed her disappointment. “The college admissions scandal was, and still is, incredibly infuriating for me. There are thousands and thousands of students who work endlessly to achieve their goals, but the children of the rich are so often given shortcuts and privileges. People like Olivia Jade stole the spots of students who really deserved to be at these top schools, and I don’t believe this problem has been solved. There are still so many unfair advantages for the extremely wealthy in the college process, and I hope that this scandal has been a wake up call that the process needs reform.”