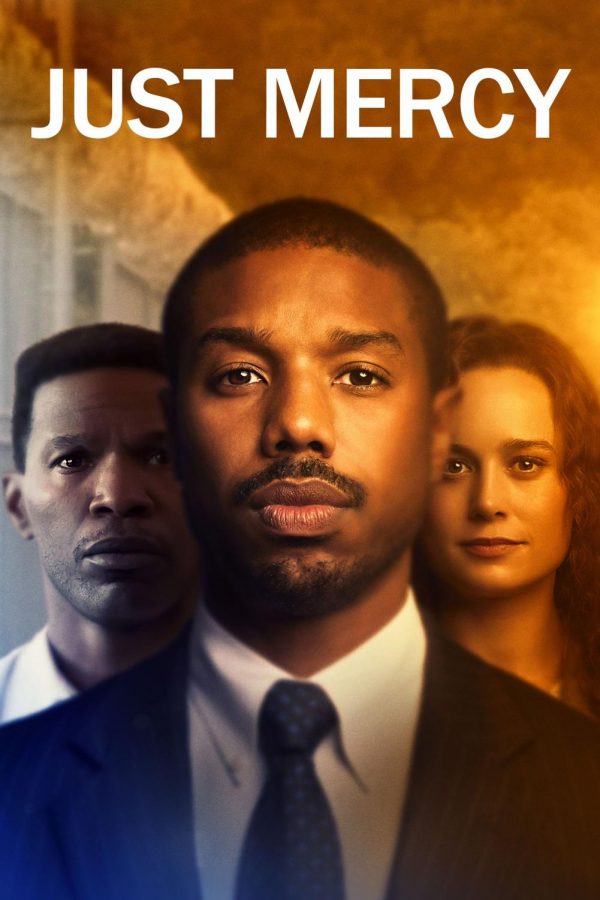 By Sam Baghal and Maddie Galesi

To conclude a month-long celebration of Black History month, the school sponsored a panel discussion on Friday, February, 26,2021 regarding the film Just Mercy where participants were able to react to the movie and the issues it raises.

The film follows the story of Bryan Stevenson, a Harvard Law School graduate who founded the Equal Justice Initiative, striving to assist death row inmates that did not have appropriate legal consultation at the time of their crime or sentencing. It particularly focuses on Stevenson’s work for a wrongfully accused inmate Walter McMillian, exposing the consequences of poor legal representation and racial discrimination in the criminal justice system.

The film was made available to watch for free for all students during the week of February 19th to the 26th. In order to access it, students were provided with a virtual movie pass that included a link, username, and password. To express their support of Black History month and encourage students to attend the following panel discussion of the film, many teachers posted the movie tickets on their google classroom page.

The panel discussion of Just Mercy itself included approximately 40 people in attendance, consisting of panelists, teachers, students, and Tamika Reese, an advisor who is working with the district to encourage a more inclusive and diverse environment.

The panelists shared their emotions and thoughts on the movie and posed different questions throughout the meeting, opening the discussion up to students.

“Even my neighbors noticed how hard I was crying throughout the movie,” expressed Kristy Stofey, Assistant Principal. “It’s a hard-hitting movie that makes you think about how unfair the death penalty might be for black Americans.”

Students also heavily contributed to the discussion, sharing their reactions to certain scenes, opinions on the overall film, and arguments against the racism present in today’s society.

“Even now, during this pandemic, racism plays a role,” Sophomore Sophia Kim said. “For all those people who can’t pay rent, if that person happens to be a person of color, they have a higher chance of getting evicted.”

“This film was extremely heartbreaking, however, it inspired me to make a difference in the world,” said Sophomore Alex Ferriera.

At the end of the discussion, panelists expressed their gratitude for the amazing turnout. After the Google Meet ran about an hour over the projected time limit, it became clear that both students and teachers were deeply touched by eye-opening the film.

“I am so proud of all of you for coming to this,” said Mati Sicherer. “I am glad to know that your generation will have such a strong voice and such a strong desire to make humanity better.”