How Some Countries are Handling Covid Successfully 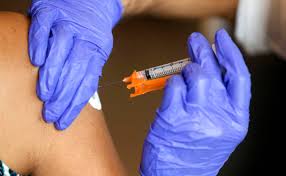 In December of 2019, the first reports of the unknown coronavirus pandemic caused chaos throughout the globe. Over a year later, how have the most successful countries made such large strides?

The world’s first interactions with Covid-19 came from Taiwan travelers arriving from Wuhan, China. The country is noted best for early action, as it halted flights, quarantined travelers, and “implemented widespread testing and quadrupled production of face masks within a month,” remarks Friedman.

Taiwan’s intensive care and support for those who tested positive, as well as those exposed, proved beneficial as they kept their case number to under 800 throughout the year of 2020. Friedman writes the “U.S. now has more cases and deaths every 5 minutes than Taiwan has had all year.”

New Zealand successfully crushed the curve with Covid-19, “with just 2,330 confirmed cases and 25 deaths” since the beginning of the pandemic (Schwartz). The country implemented its first plan in February, prepping hospitals and enforcing border control policies and travel bans. A countrywide lockdown was implemented in late March, “with only essential services running and everyone told to stay at home” (Jones).

By June of 2020, New Zealand was declared Covid-free, lasting until a cluster of cases surfaced in August 2020. Keeping the cases contained, the government decided to open up the country to unrestricted gatherings and public transportation with no social distancing or masks. Prime Minister Jacinda Ardern called this “reopening a validation of the country’s go hard, go early’ response” (Ripka). Despite their ability to go back to normal, in early 2021, 3 members of a family living in its largest city Auckland, tested positive and put the entire city into lockdown and the country on high alert.

The members were then transferred to a quarantine facility, and “the country’s Cabinet decided to move Aukland to Alert Level 3 — the country’s second-highest alert level — for three days” (Schwartz). It is clear that New Zealand’s government and people are taking this pandemic extremely seriously, and are doing everything in their power to eliminate the disease once and for all.

Taiwan’s population of nearly 23.57 million have just received their first “117,000 doses of the AstraZeneca Plc vaccines” on February 24 and have released their priority list for administering said vaccinations. This past Monday, March 22, Taiwan’s health care workers have begun receiving their first doses of the vaccine. The island plans to administer all the doses provided to it, and has not released when it will be available to the public yet.

New Zealand’s Ministry of Health has confirmed that they have enough vaccinations for everyone in the country. Out of a population of 5,000,000, there have been 38,808 people vaccinated thus far. The country plans to roll them out in four stages, beginning with border workers and their families, and ensuring those over 65 receive it afterward. It is not expected to have the entire country fully vaccinated until July, but signs for the country are looking extremely golden right now.

Sophomore Emily Nolan says that “hearing the news about New Zealand’s ability to go back to normal gives us all hope that we will soon be able to do that to0!”

Now that the United States is administering millions of vaccines a day, it is certain that life before Covid will be back sooner than we once thought.