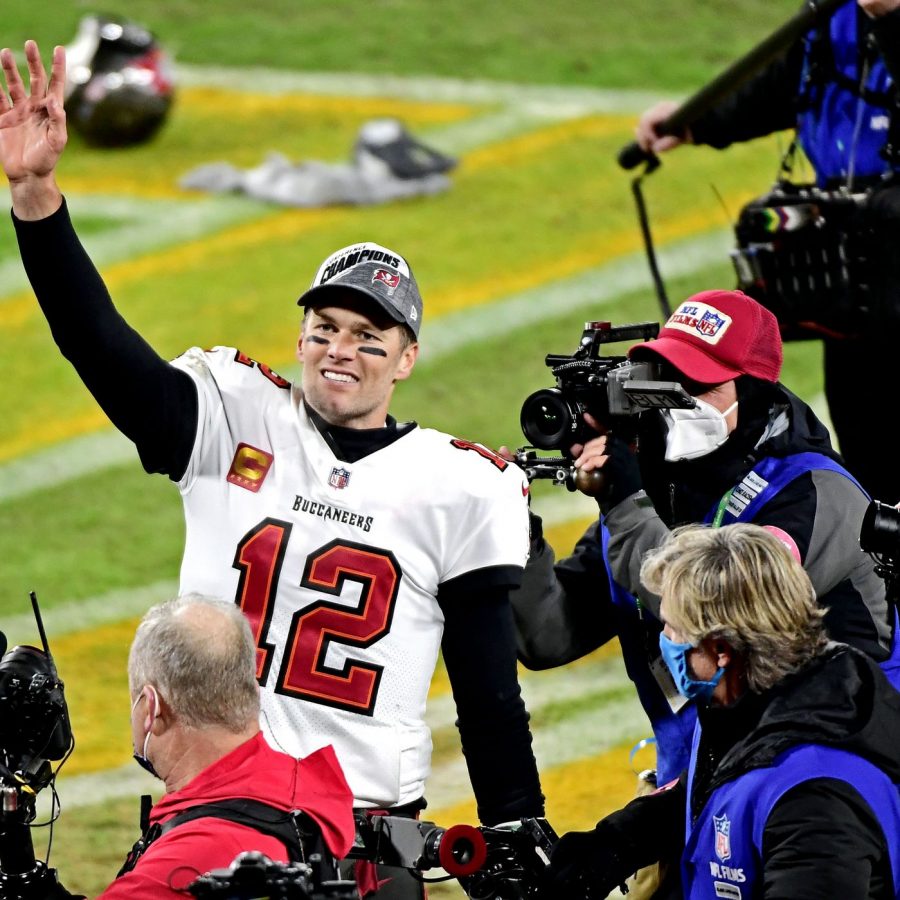 In the NFC Championship Game, Tom Brady and the Tampa Bay Buccaneers defeated the Green Bay Packers 31-26 this past Sunday. This win over veteran quarterback Aaron Rodgers means Tom Brady will appear in a Super Bowl for the 10th time in his career.

The Buccaneers got off to a hot start and were leading Green Bay 28-10 during the third quarter, and then Brady threw 3 picks on 3 consecutive drives. Ultimately, the Packers were not able to capitalize on Brady’s blunders and only scored 7 points as a result of his interceptions.

Rodgers had a prolific performance, completing 33 passes for 346 yards, 3 touchdowns, and 1 interception, but he could not secure the victory in part due to a questionable decision by Packers head coach Matt LaFleur. With over two minutes left in the game and down by 8 points, the Packers opted for a field goal on 4th-and-goal rather than going for the touchdown and 2-point conversion.

“I believe Lafleur should have went for it on 4th and goal. I like my chances with one of the best quarterbacks in the league instead of relying on the defense,” remarked Senior Shivam Sharma.

Another controversial moment in this nail-biter game occurred with 1:41 left when a pass interference was called on Packers CB Kevin King for pulling on a player’s jersey. This call came under heavy scrutiny after the referees had been very lenient throughout the game thus far.

As for the NFC Championship Game, the Kansas City Chiefs triumphed over the Buffalo Bills 38-24, sending them to the Super Bowl for the second year in a row.

“The Kansas City Chiefs are playing chess while the rest of the league is playing checkers. Despite facing an early deficit to a very talented Bills team, they made the win look effortless. The Chiefs can win in so many ways through Mahomes, their speed, and the world-class tight end they have in Travis Kelce. This offense is way too good and should give Tom Brady one of the toughest games of his career,” commented Senior Matt Emeric.

A major play in the game was when the Chiefs were up by 16, and Chiefs CB Rashad Fenton picked off Bills QB Josh Allen at the start of the fourth quarter, crushing the momentum the Bills were trying to build.

With the Buccaneers from the NFC and the Chiefs from the AFC entering the Super Bowl, we now can look forward to a great matchup between veteran QB Tom Brady and rising star Patrick Mahomes.