What’s the Next Step in Trump’s Impeachment Process? 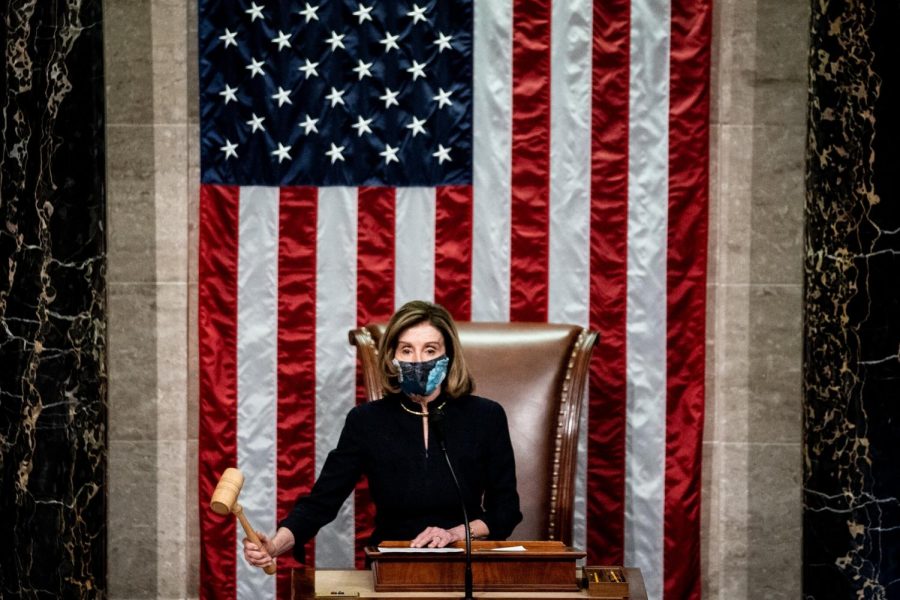 By Hikmet Aksoy and Sam Baghal

The House of Representatives approved an article of impeachment against President Donald J. Trump in a 232 to 197 vote on Wednesday, January 20, charging him with “incitement of insurrection” for his role in the U.S. Capitol riot.

With the inauguration of President Joe Biden having recently taken place, the timing of this secondary impeachment has sparked controversy across the country. Considering that Trump has already left office, many Americans are questioning the purpose of the prosecution and are unsure of what the Senate’s decision could actually mean for the former president.

Since the house vote has already been determined, the next step of the impeachment process is  a Senate trial, which according to the Constitution, requires a two-thirds vote for conviction.

Democratic House impeachment managers have since confirmed that the article has been delivered to the Senate, and House Speaker Nancy Pelosi has finished “organizing the formal transfer.” The Senate trial has been set for February 9.

Now that the inauguration date has passed, impeachment proceedings to remove Trump from office are moot, however, if convicted, he would still meet major consequences for the charges against him. For one, the possibility of running in the 2024 election for a second term would be out of the question. Plus, the crime of insurrection has a maximum penalty of 10 years in prison, meaning Trump could be facing jail time.

The reason for taking this legal action against Trump is based on his attempts to overturn the election. He promoted the infamous Capitol ‘protest’ repeatedly on Twitter and asserted that “you’ll never take back your country with weakness.” Thus, many proponents of Trump’s potential conviction argue that the violence that broke out on January 6 was not only easily foreseeable but also orchestrated.

“I think that this impeachment is justified, and Donald Trump should be convicted,” said senior Ashley Blitzer. “He incited a malicious and violent attack on our nation’s capital, urging his supporters to go to Washington in opposition to this ‘stolen’ election.”

Others insist that Trump is guilty of no crime, arguing that although he was complicit in assembling the mob, he did not directly tell his supporters to become violent and storm the building.

“President Trump’s statements do not meet the legal standard for incitement,” said senior Jake Higuera. “A conviction would also only divide our country further.”

The majority of Senate Republicans seem to share this opinion, arguing that putting Trump on trial is unjust. Senator Rand Paul has since made a motion, insisting that the Senate impeachment trial would be unconstitutional in an effort to have the case thrown out. However, this motion was rejected by a 55-45 vote on Tuesday, January 26. While this attempt to halt the impeachment process ultimately failed, it has revealed that Trump’s potential conviction is unlikely, considering that 45 Senators have already voted against having the trial itself.

Whether the Senators think it is justified or not, this is the first time in United States history that a president has been impeached twice, and Donald Trump’s future role in American politics remains unclear as we await the Senate trial that is still in motion.