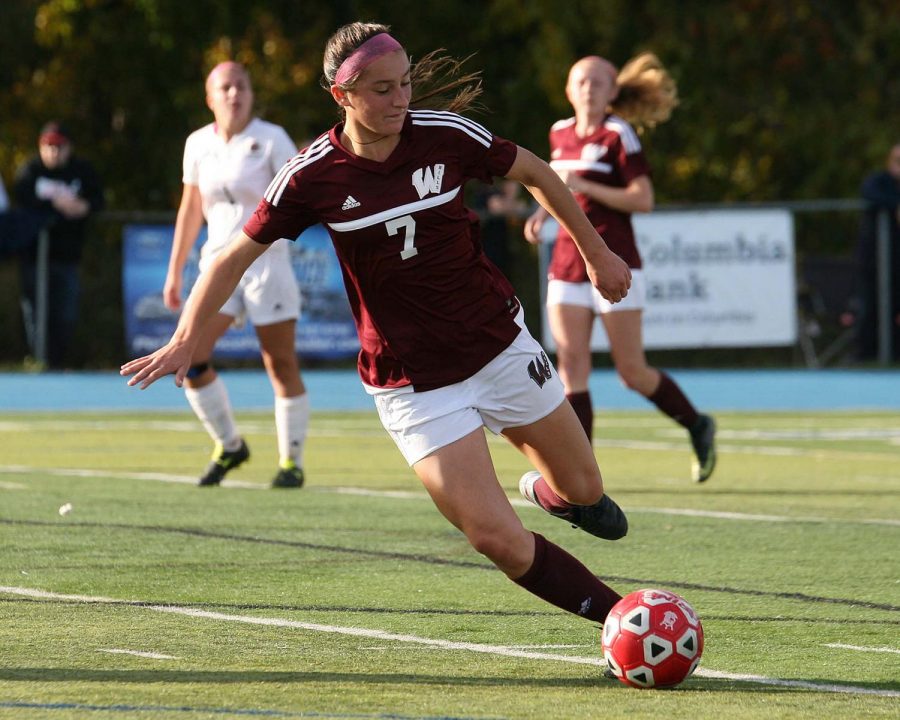 Courtney Ruedt, soccer superstar, has had many accomplishments over her time at Wayne Hills High School, especially her commitment to Rutgers University to play D1 college soccer. She has just ended her high school soccer season and she is finishing off her youth soccer career and club team season and readying herself for her collegiate career. Courtney has played soccer since she was 4 years old.

“I decided to pursue soccer because I fell in love with the game. Soccer truly has taught me courage; that I can accomplish anything in life (in and outside of soccer) with hard work and a passion to be the best version of myself, to never be afraid of mistakes, doubt, or uncertainty. Let doubt and negativity from others fuel you, because there’s nothing better than proving them wrong,” she comments.

Courtney plays as a center back for her club soccer team, PDA, and as a midfielder for Hills.

Some of her impressive accomplishments from her High School Seasons include being named First-Team All-County and First-Team All-League for all four years,  as well as receiving All State Recognition from the NJGSCA her sophomore and junior year. She was also named Captain this year. Wayne Hills Girls Soccer has not had a team Captain in five years, which is why Courtney describes it as “truly an honor” to be recognized as a leader of the team.

Her club team, PDA, is the best club team in New Jersey and one of the best teams in the country. They play for the Elite Clubs National League, known as the ECNL, which is the most competitive league for youth soccer in the country. “It is an honor to play for PDA and compete in the ECNL. A day does not go by where I am not looking forward to going to practice or training on my own”

Courtney is not only an amazing athlete, but an awesome friend and scholar. She takes being a student-athlete to a whole new level by participating in NHS, Mu Alpha Theta, Random Acts of Kindness, Red Cross Youth Council, and Student Ambassadors. She always has a smile and is willing to lend a helping hand. “Even though soccer is a huge part of my life, I am very focused on my academics. I have the same work ethic in school as I do in soccer, and that is important to me.”

Her defining moment so far in her career was by far committing to Rutgers.

“It is my dream school, and it really was one of the best days of my life hearing I had the opportunity to go to Rutgers.”