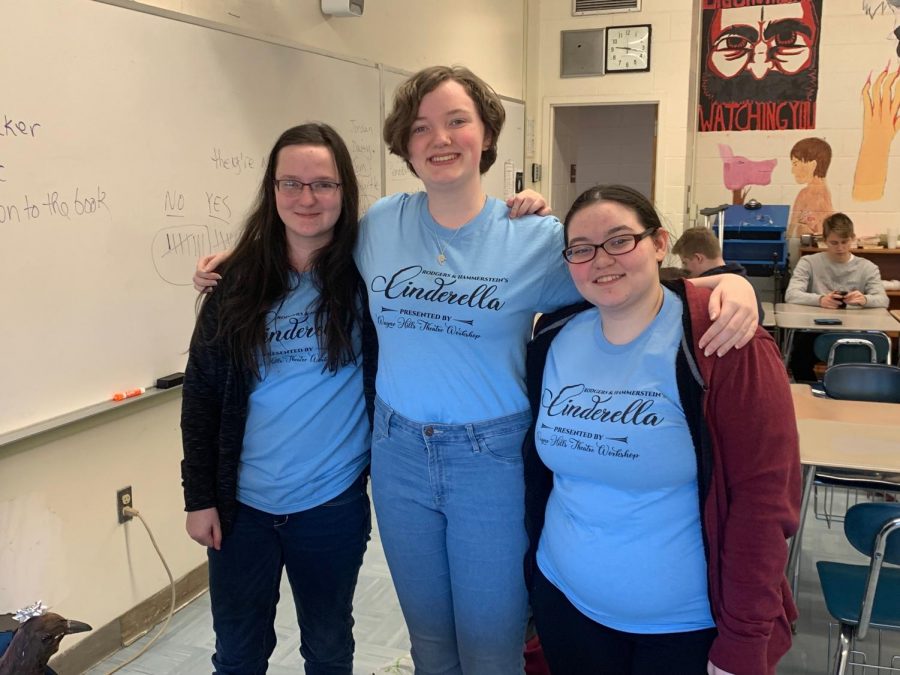 By Angelo Aliotta and Christopher Mezza

The Wayne Hills theater department is performing Rodgers and Hammerstein’s Cinderella as the spring musical this year. Performances are March 19th to the 21st, with Thursday-Friday at 7 P.M. and Saturday from 2 to 7 P.M.

The show stars Freshman Liz Grant as Cinderella and Junior Ethan Thompson as Prince Charming. Other cast members include Senior Olivia Ramadas as the Wicked Stepmother and Junior Ally Fierro as the fairy godmother.

Rehearsals started in January and run Mondays through Fridays from 4 to 7. That leaves two months for students to learn and prepare for the show.

Wayne Hills teachers Joseph Fleissner and Sarah Getzke act as the musical and dance directors, while Schuyler Colfax teacher Barbara Jeronis acts as the show’s producer. These three collaborated on the selection of Cinderella as this year’s musica.

“We considered a lot of different shows and out of all of them, we thought this show had a lot of strong female roles and that it had a great ensemble cast,” said Fleissner.

The play features the classic Cinderella story with a modern script to paint a satirical light on the Renaissance era. Each character offers their own perspective.

“I like to look closely at my character and break down all of the lines and motivations,” said Junior Ally Fierro while discussing her role. “ I also like to watch different versions of the show online to take inspiration, and form my version of the character.”

With over 20 students, the cast shows pride by having “show shirt Fridays” in the weeks leading up to the performances.

“My usual hope is that we are able to entertain an audience and make them laugh because it isn’t some type of “deep art”. You want them to have a good time,” said Fleissner