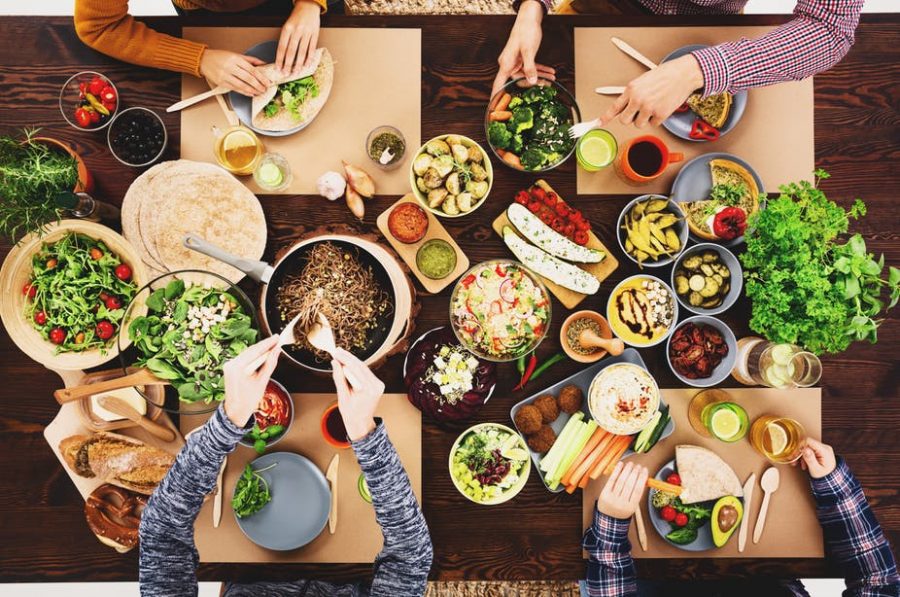 The trend of being vegan, the act of abstaining from eating dairy or meat based foods, has been increasing over time. Many people convert to veganism for many reasons: to eat healthier, to be environmentally friendly, or to be animal-cruelty free. At first glance, this plant based diet seems to have many pros to the body and the Earth, but underneath lies other consequences.

Becoming vegan can have many health benefits such as an intake of more nutrients and an improvement in glucose control. However, going on this plant-based diet can also lead to having a deficient in nutrients such as Iron, B12, Omega 3 Fatty-acids, vitamin A, and vitamin D. These vitamins are found in fish, eggs, meat, poultry, and dairy products, all of which are foods that this diet excludes. Suddenly abstaining from these vitamins can cause serious health problems, especially if a person has never been on a similar diet. Alex Ashback,  a content creator on Instagram and a former vegan, recounted her experiences going on this diet.

“After initially feeling great eating plant-based, two years later it started to take a serious toll on my health and well-being. Painful migraines, extremely low energy, crazy blood sugar roller coaster rides, and poor digestion were just some of the long list of problems I developed after long-term veganism.”

Ashback and many others have attested to going on a vegan diet and feeling incredible in the first year or so. However, as time progresses, the withdrawals of certain vitamins show through lack of energy or low blood sugar levels.

Another possible health detriment is that veganism can also cause an imbalance of hormones because of the overconsumption of soy, a highly popular vegan food. Soy contains Phytoestrogens, which mimics estrogen in the human body and creates a hormonal imbalance. This diet can also cause weight gain due to the many vegan junk foods that are available such as Oreos or Pillsbury crescent rolls. People may turn to these foods instead of consuming fresh produce and therefore gain weight.

Furthermore, although there is a popular belief that this diet is the most environmentally friendly, there are some contradicting facts and studies regarding this debate.

In a study done by six universities, one of which was Cornell,  a biophysical simulation model was created to determine how much land would be needed if all of America were to adopt a vegan, vegetarian, or omnivorous diet. Despite popular belief, the plant-based diet was not the most sustainable and actually was less environmentally friendly than a vegetarian and omnivorous diet. The reason being that it takes a lot of land to yield different crops, and not all crops can be cultivated and harvested.

It was also found in 2018 that the demand for vegan foods such as avocados and quinoa have tripled as the popularity of the vegan diet continues to increase. Because the demand is so high, these foods cannot be grown locally and must be farmed and imported from foreign countries. Transporting these foods is found to be as detrimental to the environment as importing meat from other countries.

People may also turn to the vegan diet in hopes of reducing the amount of water used to produce food.  The amount of water and energy needed to produce vegan foods such as nuts or legumes is very similar to the amount needed for meat production. Vegan food is relatively lower in calories than animal-based products and vegans need to intake much more to meet the calorie demand. And because of this, the energy and water required can be even higher than producing animal-based foods.

So the big question now is what diet is best for both the environment, body, and morals? The answer is simply vegetarianism because of the balance between some animal products and produce. The second best diet is an omnivorous diet that focuses on a diet of mostly vegetables and moderate consumption of meat and protein.

Celine Kim, a sophomore and also a vegan, tells her what her view of this diet has been.

“So being vegan means you can’t eat anything that is from an animal, or just anything with a face on it, whether it’s a by-product or the actual meat itself. Personally, it kind of sucks sometimes but it is easier to be vegan eating asian cuisine. I do it mostly for medical reasons but also eating meat freaks me out sometimes because then I get to thinking about where it came from and I end up just feeling guilty about the whole thing. And I don’t really like the taste of it either.”