Hills vs Valley Basketball Preview- Can the Patriots split the Season Series at Home? 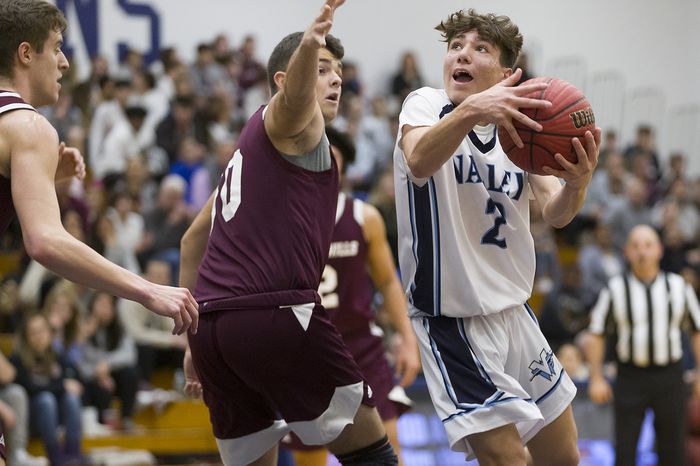 The (7-7) Wayne Hills Patriots face off against the (ll-5) Wayne Valley Indians in their second matchup of the season. This time the Patriots will have the home-court advantage inside the Gifford Gymnasium here at Wayne Hills.

The last time these two teams met, Valley won 55-43. The Indians were firing on all cylinders. They shot extremely well on the court. Ameer Coubati and Derek Sandowick scored 20 plus points.

Valley’s offense was great but their defense is what made the difference. The Indians held Hills to single digits in the first two quarters, accumulating below 20 points in the first half. They also held Hills’ leading scorer, Carter Lewis, to only six points.

The Patriots are now preparing to face their cross-town rival for the second time. They are a completely different and improved team. Before their last matchup, the Patriots had a losing record. Since then, they have gone on a 4-2 run.

The team is fulfilling their roles, which is why they succeeded in the last few games. One player that has stood out is Carter Lewis because he scored 20 plus points in the last 5 games. We also saw improvements from Andre Macaranes. Against Paramus Catholic, Andre scored 20 points becoming the second person to score 20 or more points since Lewis. John Conturso, starting center, has recovered from his injury and has racked up needed rebounds.

“In the last couple of games, we’ve grown as a team. We are gonna come out with a lot more energy this time. Most importantly we are going to dominate.” Said Brett Wood, starting forward for the basketball team.

Make sure to catch the game on Thursday, February 6th at Wayne Hills High School, 7 pm. If you can’t make the game, the game will be live-streamed on the WHTV Youtube Channel.