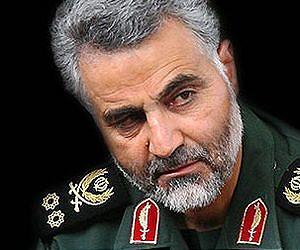 A US-ordered drone strike killed one of the most powerful Iranian leaders last night in Baghdad, prompting the State Department to urge US citizens to leave Iraq immediately.

In the aftermath of the attack, oil and gold prices soared while the stock market plunged.

Iran’s supreme leader Ayatollah Ali Khamenei stated: “His departure to God does not end his path or his mission, but forceful revenge awaits the criminals who have his blood and the blood of the other martyrs last night on their hands.”

“Soleimani was killed due to imminent threats to American lives,” stated Mike Pompeo, Secretary of State.

The attack comes just days after increased tensions in the region and attacks on the American Embassy in Iraq.

“Tonight’s airstrike risks provoking further dangerous escalation of violence. Americans and the world cannot afford to have tensions escalate to the point of no return,” said Nancy Pelosi, speaker of the House of Representatives. She also criticized the President for acting without congressional approval.

Shortly after posting a picture of the American flag, President Donald J. Trump tweeted, “He was directly and indirectly responsible for the death of millions of people, including the recent large number of PROTESTERS killed in Iran itself.”

The United States has a history of relations with countries with Sunni-majorities due to Saudi Arabia’s oil business. Iran is one of the few countries with a Shi’a majority.