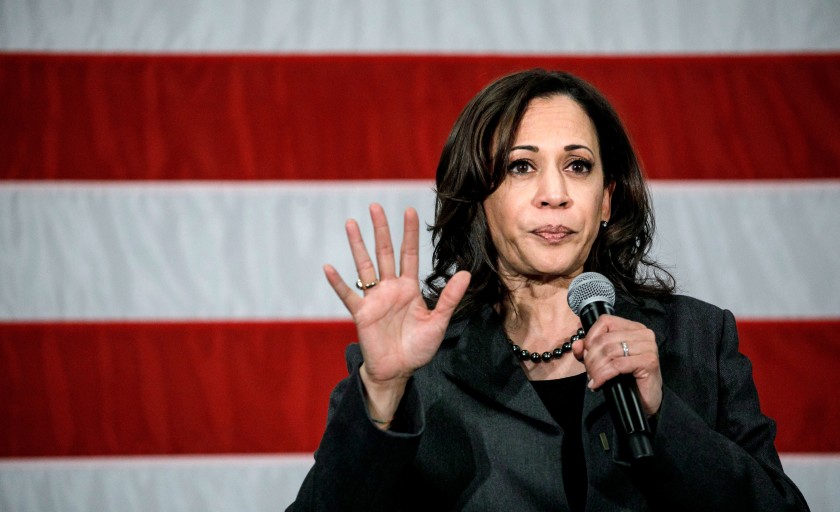 California Senator, Kamala Harris, has officially dropped out of the Democratic Presidential Race as of Tuesday, December 3rd. Out of the 15 Democrats left in the race, many were hopeful for Harris to win the nomination. However, her low polling numbers and lack of campaign money caused her to unfortunately suspend her campaign.

“I’m not a billionaire. I can’t fund my own campaign. And as the campaign has gone on, it’s become harder and harder to raise the money we need to compete,” said Harris.

Harris even tweeted a video of herself explaining her reasoning behind dropping out of the campaign with the caption: “It has been the honor of my life to be your candidate. We will keep up the fight.”

Junior Lauren Reiser says “The only upside to Kamala Harris dropping out of the race is that it hopefully causes Democrats to decide on a strong candidate that can beat Trump.”

Even President Trump has spoken out about Harris’ suspension of her campaign through a sarcastic tweet saying “Too Bad. We will miss you Kamala!”

However, Harris quipped back to the president and tweeted “Don’t worry, Mr. President. I’ll see you at your trial.”

With Harris out of the race, the most popular Democratic Candidates left include Joe Biden, Bernie Sanders, Elizabeth Warren, and Pete Buttigieg.