VSCO Girls and E-boys Take Over The Internet 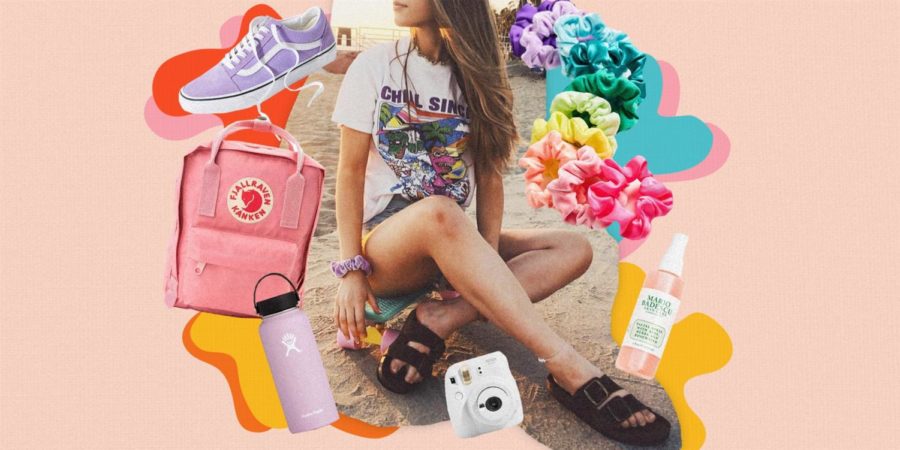 Over the past summer, the internet has exploded over the new idea of VSCO girls and E-boys, especially from Tiktok. Tiktok is a relatively new and popular social media app that allows anyone to post comedy sketches and lip-syncing videos for the 800 million users.

A VSCO girl has become a popular trend that refers to a girl who wears oversized t-shirts, Birkenstocks, and lots and lots of scrunchies, and undoubtedly has a Hydro Flask covered in stickers. As this stereotype developed, the internet began to make a huge joke about it, and it became a meme.

Yulieanna Sim comments how she has “seen them on TikTok a lot, but I think it would be strange to see someone dressed up like that in public. I think they mostly do that for the internet.”

Similarly, an E-boy is a boy who has black painted nails, skateboards, wears a ton of black clothes and beanies, and has LED colored lights in his room to make edgy Tiktoks.

Sophia Lellos comments, “I think that VSCO girls, although kind of cliche, are artsy in a lazy sort of way. I like how they represent the fact that girls don’t have to try hard to look good or wear tons of makeup to be trendy.”

Another junior, Sam Baghal comments, “I just think the whole idea is kind of weird to me. I get that it is a joke and is exaggerated, but a lot of people, including people I know, actually follow the ‘VSCO girl’ aesthetic but act nothing like the way they are expected to now when they own a Hydro Flask.”

Emre Gormus thinks that “VSCO needs to be stopped, and E-boys are honestly really sketchy.”

What do you think about E-boys and VSCO girls?