The Patriot Press • May 2, 2019 • https://whhspatriotpress.com/16013/news/national-news/the-democratic-candidates-running-for-the-2020-election/ 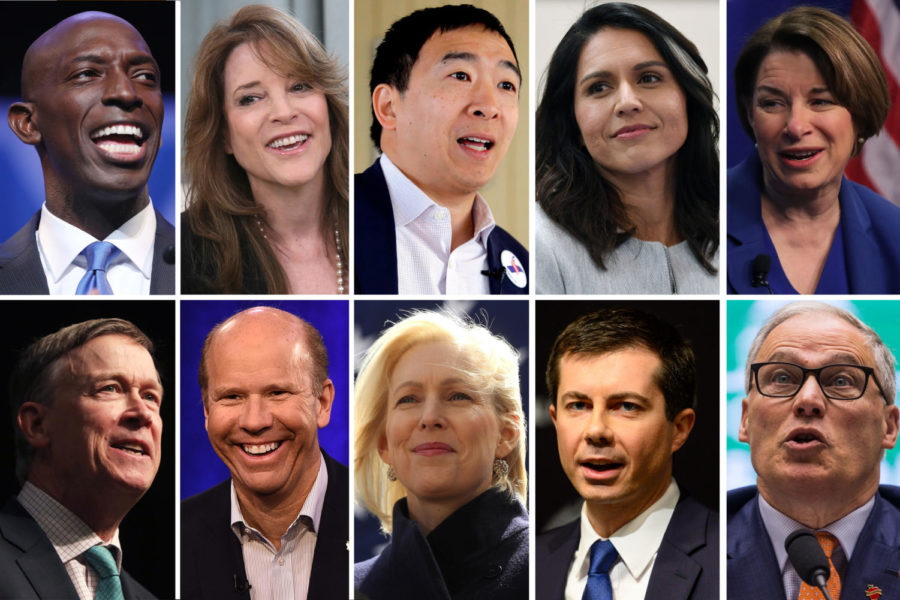 The 2020 frontrunners in the Democratic presidential race are a mix of people who share both distinct and similar stances. The candidates running in the Democratic race promise to improve the country and believe it is urgent to stop Trump’s administration.

Some of the issues that the candidates focus on are expanding the Supreme Court, abolishing the Electoral College, health care, taxing the rich, and free college for all American students.

CNN released the 2020 Democratic Presidential Nomination Poll, among the first of many, on Tuesday, April 30. The poll showed Biden in the lead with 39 and Sanders first runner up at 15. Warren and Buttigieg follow after with similar shared numbers.

One student in particular believes that the Democrats will lose to the Republican candidate President Donald Trump; “He has his ways-he will probably use his money and name recognition to win the election,” commented Junior Jada Daniels.

“I am very excited to turn 18 just so I can finally be able to vote. I am all for Cory Booker and think he is by far the best candidate for the Democratic Party,” expressed Junior Melis Yazar.

“I am a Democrat and will probably vote for Joe Biden because he is the best candidate in my opinion,” commented Junior Britney Balevski.