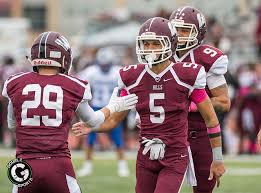 By Jared Cohen and Jason Sanfilippo

An NJ.com survey recently concluded that WHHS is the top athletic school in the state of New Jersey. The survey also named Wayne Hills the third best school for athletics in the country.

Even private institutions, such as Don Bosco and St. Johns, fail to meet the athletic determination displayed by young student athletics at Hills.

“The reasons why we received this honor are the tremendous student-athletes and their tremendous coaches and secondly, the contributors from the community,” said WHHS Athletic Director Jeff DiLollo.

DiLollo says the other contributing factor is the sports programs which have a strong tradition of excellence.

Wayne Hills athletes are certainly humbled and refuse to let the news impact their future motivation.

“I don’t really care about the rankings,” said Wayne Hill senior and basketball player Jake Belli. “It is nice to be acknowledged as a school, but it does not change anything as far as my work ethic.”