Trump’s Presidency Is At Stake 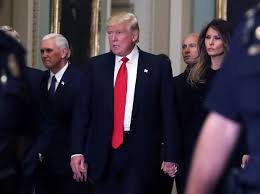 During Stone’s threat, President Trump has been in defense with claiming “no collusion” in his tweets and comments.

Stone, a former political adviser to Trump, brought to light the conspiracy of whether Trump and his team stepped over the legal and moral boundaries while trying to defeat Hillary Clinton in an election that exposed an unusual meddling operation with Russia.

Mueller has been questioned with a possible criminal conspiracy by the Trump team of contacting with Moscow to secure Trump’s presidential win. However, there has been no proof stated by Mueller of such a finding yet.

The entire situation with Trump brings to light the puzzling question of why numerous people have lied about ties with Russia, knowing it could potentially ruin their career and reputation.

“It is a shame to think that our president could have rigged the election by working with the enemy. A president should set an example for his or her people, not working with a potential enemy,” stated Junior Alex Vallarta.