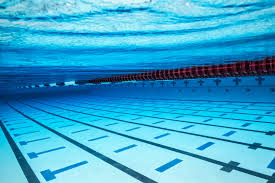 The WHHS boys swim team narrowly beat their cross-town rivals, Wayne Valley, for the first time in 9 years. The meet was extremely hectic and exciting, with the boys only beating them by a mere two points, with a score of 86-84.

“Every point mattered in the meet and we never gave up,” said the coach of the boys swim team, Jacqueline Bayliss. We always believed in ourselves and never let the other team affect our mental game, and I think that’s what made the difference.”

Because the team did not lose any seniors last year, the team only grew stronger with its swimmers and there was a tremendous amount of improvement compared to last season.

Senior Marc Sim commented “We worked hard to get where we are. Everyone put in their best efforts this season and that’s what set us apart from Valley. This is just the beginning.”

Because of the team’s incredible hard work in dropping times and beating Valley during the meet, they were able to make states this year as the sixth seed.

As to why the team made states, Bayliss commented “I think it has a lot to do with the team as a whole and every single swimmer contributing in any way whether it’s swimming or cheering on. It’s an entire team effort.”