WHHS Football Into the Sectional Final 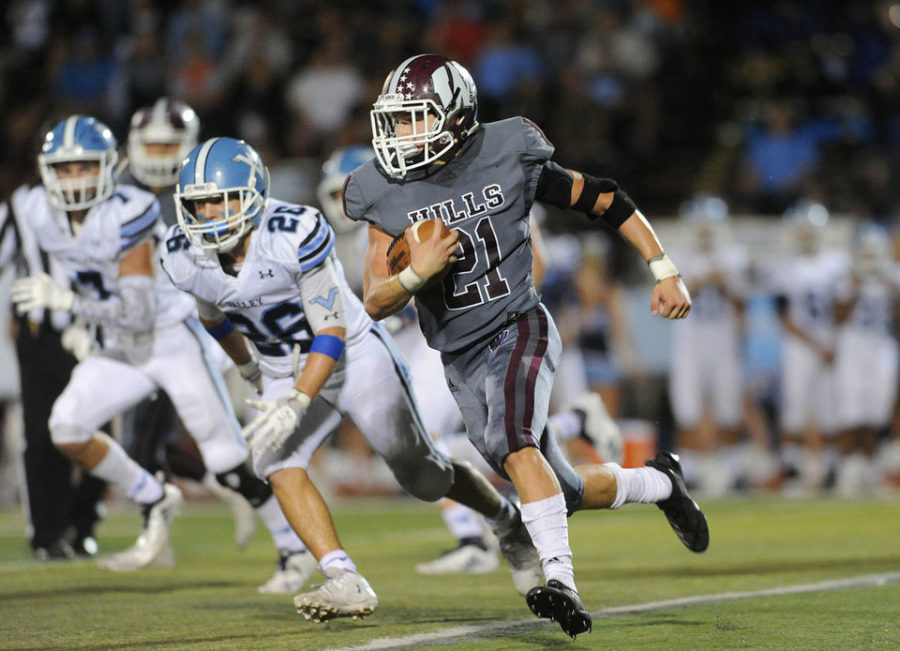 The Wayne Hills Patriots will be playing this Friday, November 16 against the Old Tappan Golden Knights.  The winner of this game will capture the North 1 Group 4 championship. WHHS will look to avenge last year’s losses to Old Tappan, one of them being a loss that ended the Patriots’ season in the semifinals.  The Patriots currently sit at 9-2 and Old Tappan is 8-2. This game will certainly be a good one.

Just for some background information, the format of the playoffs was changed this year and now there is a new bracket format in place.  This game used to be known as the state championship and would have been played at Metlife Stadium but now the winner claims the top spot in North 1 Group 4.  The winner will then go to the next round to play in a bowl game for the group championship. That game will be against the winner of the North 4 Group 2 bracket.  This narrows down all the winners in the state. The matchup on that side of the bracket is Phillipsburg taking on Irvington. The winners of the two groups will be playing each other at Metlife Stadium.

For now, the Patriots are focused solely on beating Old Tappan and they know it will not be easy.  WHHS won the first meeting against the Golden Knights 35-16 in the third game of the season. Old Tappan is a much-improved team since that game, however.  They are coming off of a big win vs Wayne Valley in the semifinals and a quarterfinals win against Passaic Valley. Old Tappan will be tough to beat twice but the Patriots certainly have the firepower to do it.

WHHS is coming off a big 42-7 win against Morris Knolls in the semifinals and beat Mount Olive 41-14 in the quarterfinals.  Against Old Tappan, quarterback Tom Sharkey will look for a connection with Charles Njoku and Jaaron Hayek as well as the other receivers for the Patriots.  WHHS also has a three-headed monster in the backfield with Jojo Mongelli, Michael Joyce, and Adam Abida splitting carries. The Patriots’ offensive line is anchored by captains Joe Rondi and Bence Polgar at tackle.  This Patriots team is a force to be reckoned with.

“Old Tappan is definitely a good team and we will need to do a lot of preparing for them.  We look at it like this, though: the only team that can beat Wayne Hills is Wayne Hills. If we go out there and play with each other and remember what our coaches have been telling us, there’s no stopping us,” said junior running back Michael Joyce.

The Patriots will look to capture the sectional title and then play for the group title at Metlife Stadium.  This Patriots squad will certainly be tough to stop.