Nike Sales Spike as a result of Colin Kaepernick Advertisement 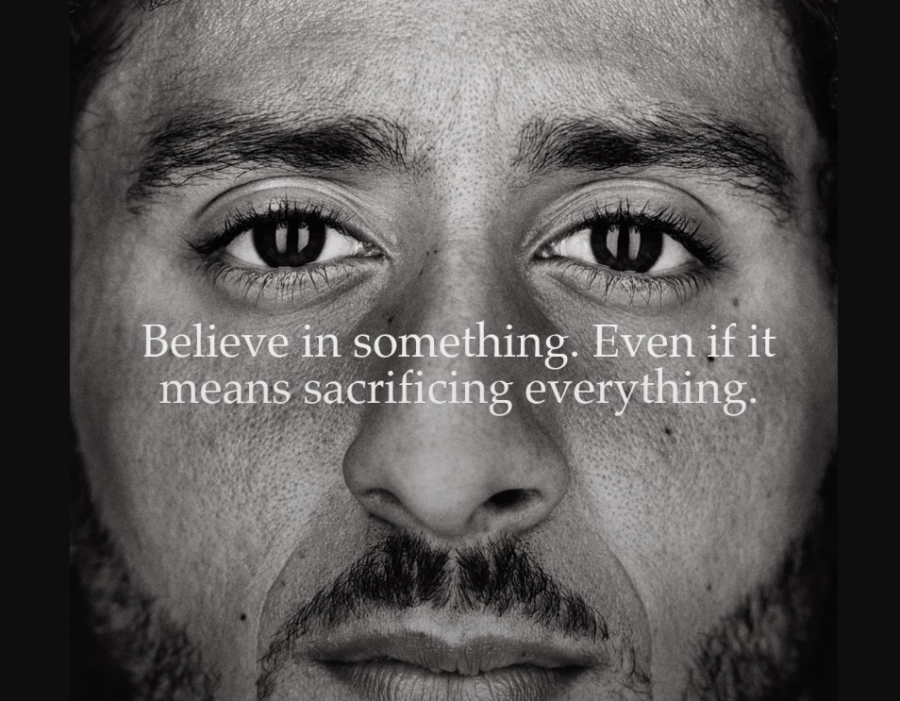 Nike’s sudden jump in sales shocked many at WHHS due to the large amount of backlash the campaign received by supporting Kaepernick’s protest.

Sophomore Mannut Singh was not surprised by the statistic and commented that “people have empathy for Kaepernick, which causes them to buy more of their items, and those who don’t like the ad will buy Nike gear just to burn it.”

The controversy encompassing the Kaepernick advertisement centers around his decision to kneel during the National Anthem, which occurred during last year’s NFL season. Kaepernick’s kneeling protest quickly spread to many other players in the NFL to show their support for the Black Lives Matter movement.

Nike’s campaign outraged many NFL fans and politicians, including the President of the United States. In an interview with The Daily Caller, President Trump commented “it’s a terrible message that shouldn’t be sent” and that “there’s no reason for it.”

While many viewed Kaepernick’s actions as important to shed light on racism in America, others believed the actions were disrespectful and unpatriotic to soldiers.

An anonymous sophomore at WHHS agrees with Trump and considers the protest and Nike’s campaign to be “offensive to the troops that serve the country because they deserve respect.”