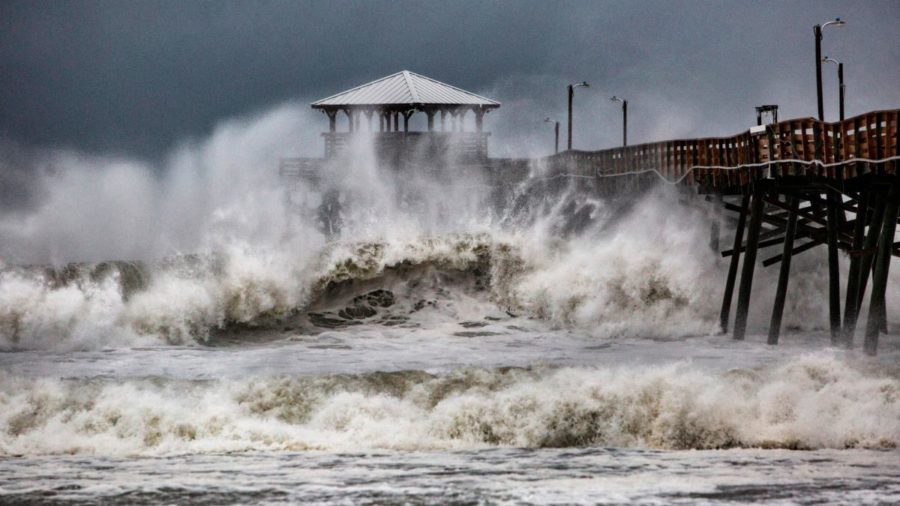 With 140 mph winds, Florence was a dangerous Category 4 hurricane, hitting landfall as a Category 1.  Its eye hit North Carolina and broke apart the coast. Florence was the worst hurricane to hit the Carolinas in 30 years.

Florence curved toward New Jersey bringing with it thunderstorms and rain during the week following.

The storm was 400 miles in diameter and killed at least 32 people. 1.7 million people stayed in evacuation zones during the storm as some attempted to deal with Florence. The Carolinas got up to 30 inches causing major flooding. The threat of floods still loomed almost a week later.

“It’s scary. My friends can be put in danger along with my old house. So many memories…” said Olivia Ramadas, Junior, who used to live in North Carolina.

More than 100,000 people near Myrtle Beach and the inland areas of South Carolina were without power for days. The estimated damage cost $30 billion.

People were motivated to donate money to help with the disaster. Organizations including the Red Cross are accepting donations for Florence relief efforts.

The severity of this storm further indicates the strong threat of climate change.

“The severity of the storms hitting the United States is worse” said Anna Schlesier, a biology teacher.  “We can’t say global warming, climate change is more accurate,” she adds.